The world of Hachiman-san, a Shinto deity-cum-Buddha, shares peace with you. 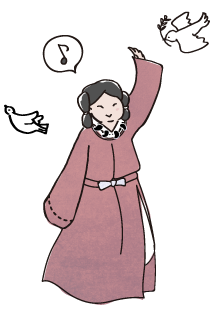 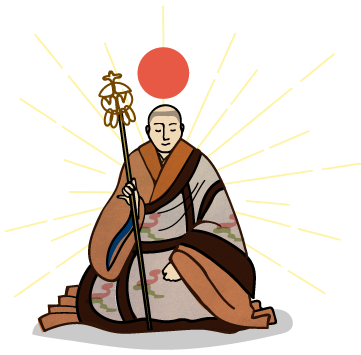 The world of Hachiman-san, a Shinto deity-cum-Buddha, shares peace with you.

Iwashimizu‐Hachimangu Shrine is a vivid example of a religious facility in the Shinto-Buddhist syncretic style, which combines two religious faiths.

The shrine is dedicated to a deity who is believed to be tolerant and generous toward everything and leads human beings to peace and prosperity.

The Hachimangu, which is affectionately called, together with the deity, “Hachiman-san of Yawata” by local people, has a checkered story.

Tradition has it that, in 859 in the Heian period, the deity Hachiman Okami also known as Hachiman-san then residing at Usa Hachimangu in Kyushu declared,

I will move to an area near the capital to keep the peace in Japan!

Hachiman-san finally settled on a sacred mountain named Otokoyama, located southwest of the Heian Palace in Kyoto. Iwashimizu‐Hachimangu Shrine was erected on the mountain.

The shrine is also located at a point where all the rivers flowing through the Kyoto Basin join to flow to the sea.

At that time, Hachiman-san was called “Hachiman Daibosatsu,” which indicates a divine way of existing as a Shinto deity and a Buddha at the same time, unique to Japan.

Such a style of religious faith is known as syncretism between Shinto and Buddhism.

Served by not only Buddhist priests but also Shinto priests and maidens, Iwashimizu‐Hachimangu -ji as a Shinto shrine and a Buddhist temple at the same time was a religious facility of the then latest style.

The rulers at the time were also pious devotees of Hachiman-san as a conflict settler who could bring peace.

Most of the major historical rulers of Japan, including Oda Nobunaga and Toyotomi Hideyoshi in the Warring States period, and Tokugawa Ieyasu in the Edo period, worshipped Hachiman-san as their guardian, and made many offerings to the deity-cum-Buddha.

I provided financial support to rebuild the main hall and the cloister, which have remained until now. My grandfather, Tokugawa Ieyasu, preferentially treated the local communities surrounding Hachiman-san by exempting them from taxation.

However, the town of Yawata as the home of Hachiman-san was thrown into great turmoil around the end of the Edo period.

As an encampment of the shogunate forces during the Battle of Toba-Fushimi, the town of Yawata was burnt to the ground due to the battle.

Moreover, the new Meiji government issued the Edict for Separation of Shinto and Buddhism, and swept all the Buddhist elements away from Iwashimizu‐Hachimangu Shrine.

Hachiman-san has since become a shrine dedicated only to Hachiman Okami as a Shinto deity.

Despite changes in the style of faith, the local communities have held “both Shinto deities and Buddhas” in unchanging, quiet respect for a millennium.

One of the embodiments of such respect is Iwashimizu Hojoe, a festival for praying for the peace and happiness of all living things.

Although renamed the Iwashimizu Festival due to its prominent Buddhist features in the Meiji era, the festival has continuously been held until now.

The existence of Hachiman-san has encouraged us to believe that Shinto deities and Buddhas cooperate to lead us to a peaceful, amicable world. The peace-loving spirit of Hachiman-san affectionately watched over us timelessly.